For postmenopausal patients we tend to use aromatase inhibitors (AIs) for a minimum of five years because of data from multiple trials demonstrating superior efficacy compared to tamoxifen in this group of women. However, these drugs carry an increased risk of short-term adverse events, such as hot flashes, musculoskeletal symptoms, and sexual dysfunction. Furthermore, they increase risk of long-term adverse events, such as osteopenia or osteoporosis, and secondary bone fractures, as well as cardiovascular disease primarily in the form of cardiac ischemic events. The incidence of these adverse events increases with each year of AI use.

We know that using an AI for five years as adjuvant endocrine therapy decreases the risk of breast cancer recurrence and mortality to a greater extent than five years of tamoxifen in postmenopausal patients, but it is likely that we can achieve the same outcome using this class 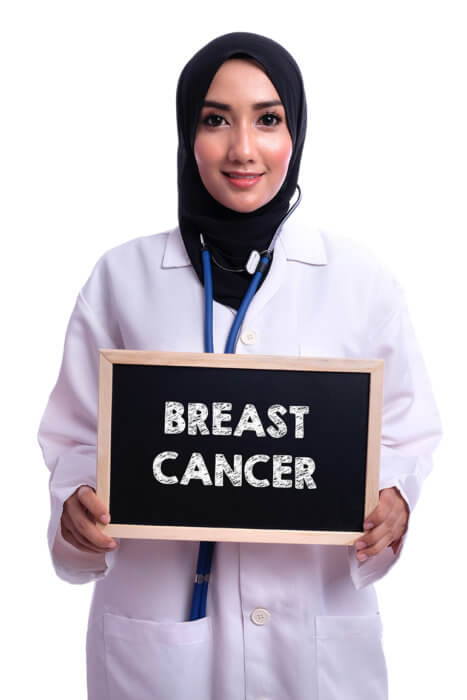 of drugs for a shorter period of time in the setting of a switch strategy. Long-term follow-up data from BIG 1-98 and TEAM trials and more recently results of FATA-GIM3 lend supporting evidence for this approach. So, a switch strategy is an equally valid adjuvant endocrine therapy option in postmenopausal patients and one that is likely associated with less long-term toxicity compared to five years of an AI.
At the other end of the spectrum, trials have also explored the use of extended adjuvant endocrine therapy in postmenopausal patients. Because half of recurrences and two-thirds of breast cancer-related deaths occur beyond five years of diagnosis, it was speculated that prolonging adjuvant endocrine therapy duration could potentially improve outcome by preventing these late recurrences.

Various strategies have been explored but can be grouped under two main approaches:

Taken together, these trials have shown mixed results. Although we have seen an improvement in locoregional and distant recurrence in trials of adjuvant AI after five years of tamoxifen, this was not the case when looking at trials that included patients who had received prior AI either alone or in the setting of a switch strategy. For instance, in MA17.R the improvement in disease-free survival with five additional years of AI therapy seems to be primarily driven by a decrease in the incidence of contralateral breast cancer. Results of recently reported trials, IDEAL and ABCSG16, also suggest that a shorter duration of AI ranging from two to two-and-a-half years provides sufficient benefits for patients who have received prior AI for five years or for two to three years following tamoxifen, while being less taxing toxicity-wise.

It is unclear whether with longer follow-up we will see different results. But for the time being, it seems that there may be some benefit of using an AI for five years in postmenopausal patients who have previously received only tamoxifen, especially those at increased risk of recurrence (e.g. large tumors or node-positive disease). For women who have been treated with five years of an AI or with a switch strategy approach, the benefit of five additional years of AI – beyond risk reduction of contralateral breast cancer – is less clear.

A crucial question is how to properly select patients who can be spared extended adjuvant endocrine therapy and those who actually need it. Using clinical tools, such as the Clinical Treatment Score post-five years (CTS5), or genomic tools such as EndoPredict, Breast Cancer Index (BCI), and Prosigna we have been able to identify subgroups of patients with very low risk of late recurrence for whom longer AI therapy is likely to be of little to no benefit. However, our ability to identify patients with significant benefit is limited. None of these tools have been rigorously evaluated for their predictive value. Of the patients stratified as being at higher risk for late recurrence by clinical or genomic testing, we do not really know which patients benefit nor the extent to which they benefit from extended adjuvant endocrine treatment.

For premenopausal patients, tamoxifen alone for five or ten years was considered the standard of care as adjuvant endocrine therapy up until 2014 when results of practice-changing trials SOFT and TEXT were reported. Ovarian function suppression (OFS) has since become an addition to our therapeutic armamentarium for women at higher risk of recurrence but the choice of the best partner drug, tamoxifen or AI, remains highly debated. The combination of AI and GnRH analogue leads to more profound OFS overall and has been shown to decrease ttahe risk of distant recurrence to a greater extent than the tamoxifen/GnRH analogue combination. And yet, it is unsettling to see that even with longer follow-up this unprecedented disease-free survival benefit did not translate into an improvement in overall survival when compared to the tamoxifen/OFS combination or even to the less effective tamoxifen monotherapy option. We do not know at this point why this is the case. It is possible that although women were at lower risk of dying from their disease, they were not living longer because of long-term toxicity. The updated analysis of both SOFT and TEXT trials published this year provides more insight into the toxicity profile of these two different combinations individually and when compared with tamoxifen by itself. We see more cardiovascular ischemic events, hypertension, osteoporosis and fractures with each of these combinations but more significantly so with the AI/OFS combination. It is therefore possible that despite being more effective, the risk-benefit ratio of the latter combination is less favorable.

Another area of concern is that inhibition of estrogen synthesis by AIs in premenopausal patients could potentially have a stimulatory effect on the hypothalamic-pituitary axis resulting in an increase of plasma estradiol levels. This could theoretically have a counteractive effect and promote breast cancer cell growth. We assume that OFS abolishes this effect, but we do not really know much about it. Incomplete OFS with AI/GnRH analogue combination has been linked to higher BMI or higher baseline ovarian function seen in younger women or those who have not received prior chemotherapy. The compliance factor, which tends to be worse in younger patients or those who experience significant therapy-related adverse events, also makes the choice of OFS/AI combination more problematic.

Because of this, it seems that although the OFS/tamoxifen combination is less beneficial in terms of breast cancer risk reduction, it may be the ‘safer’ option with regards to long-term toxicity or in the setting of inadequate OFS due to low compliance, obesity, or higher baseline ovarian function.