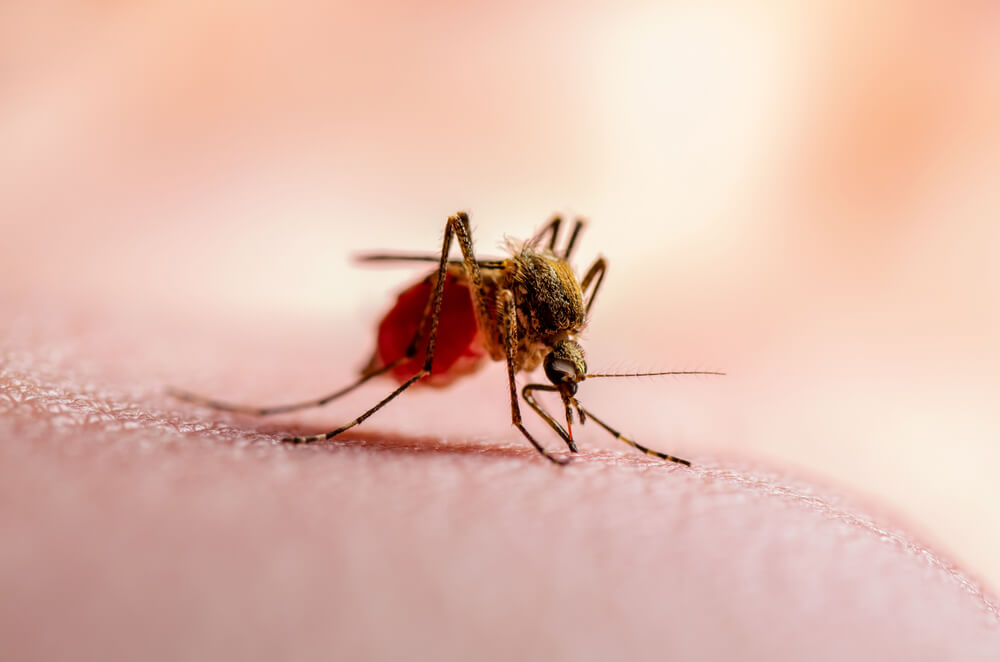 Zika virus infection can stunt neonatal brain development, a condition known as microcephaly, in which babies are born with abnormally small heads.

To determine how best to prevent and treat the viral infection, scientists first need to understand how the pathogen gets inside brain cells.

In a pair of papers published in Cell Press, the researchers also found ways to take advantage of the integrin to both block Zika virus from infecting cells and turn it into something good: a way to shrink brain cancer stem cells.

They play important roles in cell adherence and communication, and are known to be involved in cancer progression and metastasis.

Several other integrins are known entry points for other viruses, including adenovirus, foot-and-mouth disease virus and rotavirus, but αvβ5 was not previously known for its role in viral infections.

One team, led by Tariq Rana, PhD, professor and chief of the Division of Genetics in the Department of Pediatrics at UC San Diego School of Medicine and Moores Cancer Center, used CRISPR gene editing to systematically delete every gene in a 3D culture of human glioblastoma (brain cancer) stem cells growing in a laboratory dish.

Then they exposed each variation to Zika virus to determine which genes, and the proteins they encode, are required for the virus to enter the cells.

The virus was – for the first time – labeled with green fluorescent protein (GFP) to allow the researchers to visualise viral entry into the cells.

But one gene stood out, the one that encodes αvβ5 integrin.

“Integrins are well known as molecules that many different viruses use as doorknobs to gain entry into human cells,” Rana said. “I was expecting to find Zika using multiple integrins, or other cell surface molecules also used by other viruses. But instead we found Zika uses αvβ5, which is unique. When we further examined αvβ5 expression in brain, it made perfect sense because αvβ5 is the only integrin member enriched in neural stem cells, which Zika preferentially infects. Therefore, we believe that αvβ5 is the key contributor to Zika’s ability to infect brain cells.”

Knowing that many viruses use integrins for entry into human cells, Rich’s team inhibited each integrin with a different antibody to see which would have the greatest effect.

“When we blocked other integrins, there was no difference. You might as well be putting water on a cell,” said Rich, who is also a faculty member in the Sanford Consortium for Regenerative Medicine and Sanford Stem Cell Clinical Center at UC San Diego Health. “But with αvβ5, blocking it with an antibody almost completely blocked the ability of the virus to infect brain cancer stem cells and normal brain stem cells.”

Rich’s team followed up by inhibiting αvβ5 in a glioblastoma mouse model with either an antibody or by deactivating the gene that encodes it.

Six days after Zika virus infection, the brains of their drug-treated mice contained half as much virus as mock-treated mice.

“The neat thing is that these findings not only help advance the Zika virus research field, but also opens the possibility that we could similarly block the entry of multiple viruses that use other integrins with antibodies or small molecule inhibitors,” Rana said.

Rana and team are now engineering a mouse model that lacks αvβ5 integrin in the brain – a tool that would allow them to definitively prove the molecule is necessary for Zika viral entry and replication.

Rich is a neuro-oncologist who specialises in diagnosing and treating patients with glioblastoma, a particularly aggressive and deadly type of brain tumour. When he first saw how the Zika virus shrinks brain tissue, it reminded him of what he hopes to achieve when he’s treating a patient with glioblastoma.

In 2017, he and collaborators published a study in which they determined that Zika virus selectively targets and kills glioblastoma stem cells, which tend to be resistant to standard treatments and are a big reason why glioblastomas recur after surgery and result in shorter patient survival rates.

The αvβ5 integrin is made up of two separate subunits – αv and β5.

Together, these units form the αvβ5 integrin, which, the team discovered, plays an important role in glioblastoma stem cell survival.

Those high levels of αvβ5 integrin also help explain why, in the study, glioblastoma stem cells were killed by Zika virus at much higher rates than normal stem cells or other brain cell types.

“It turns out that the very thing that helps cancer cells become aggressive cancer stem cells is the same thing Zika virus uses to infect our cells,” Rich said.

To see how this might play out in a more realistic model of human disease, Rich’s team partnered with an expert in human brain disease modelling – Alysson Muotri, PhD, professor at UC San Diego School of Medicine, director of the UC San Diego Stem Cell Program and a member of the Sanford Consortium for Regenerative Medicine, and team.

In addition to searching for drugs to block Zika virus, as Rana’s group is doing, Rich is interested in genetic modifications to the virus that could help better target its destruction to brain cancer cells, while leaving healthy cells alone.

“While we would likely need to modify the normal Zika virus to make it safer to treat brain tumours, we may also be able to take advantage of the mechanisms the virus uses to destroy cells to improve the way we treat glioblastoma,” Rich said. “We should pay attention to viruses. They have evolved over many years to be very good at targeting and entering specific cells in the body.”

Zika virus was perhaps best known in 2015-16, when a large outbreak affected primarily Latin America, but also several other regions of the world.

While that particular epidemic has passed, Zika virus has not gone away.

Smaller, local outbreaks continue and this past summer, the first few cases of native Zika virus infection were recorded in Europe.

Scientists warn Zika could continue to spread as climate change affects the habitat range of the mosquito that carries it.

The virus can also be transmitted from pregnant mother to foetus, and via sexual contact.

More than half of all people on Earth are at risk for Zika virus infection, and there is no safe and effective treatment or vaccine.